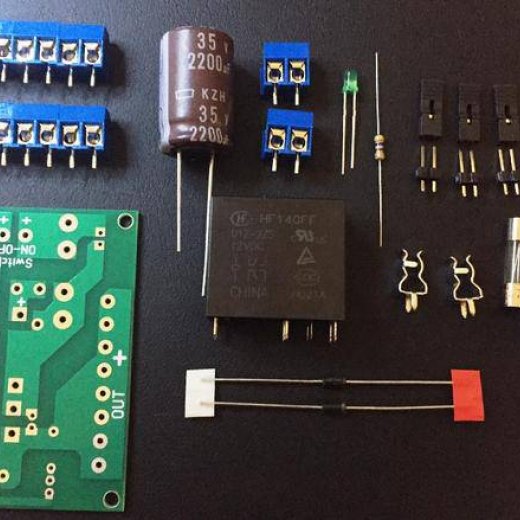 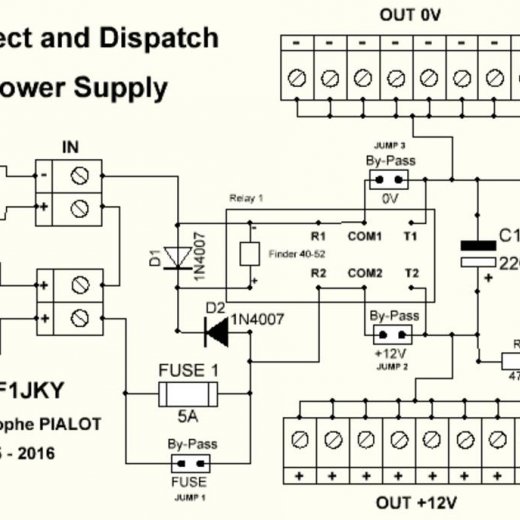 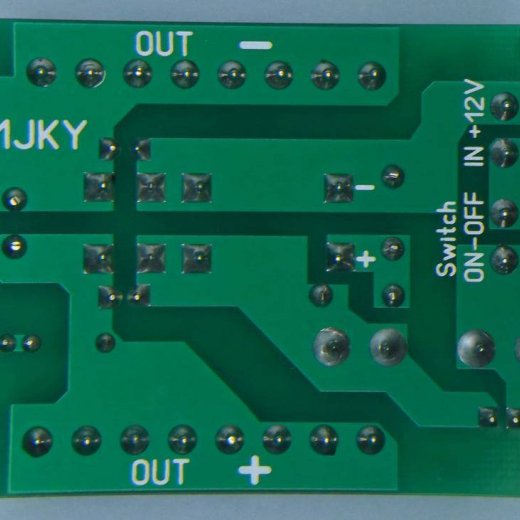 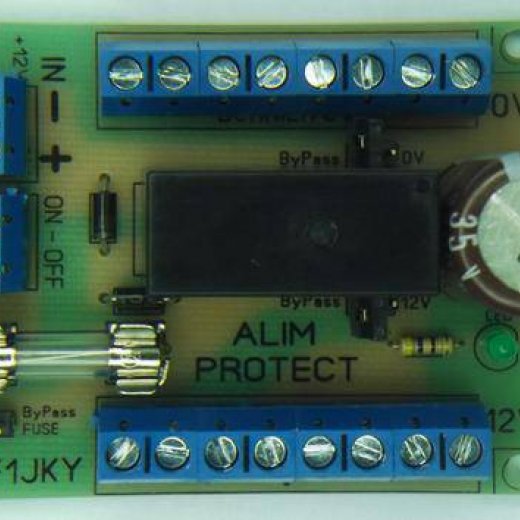 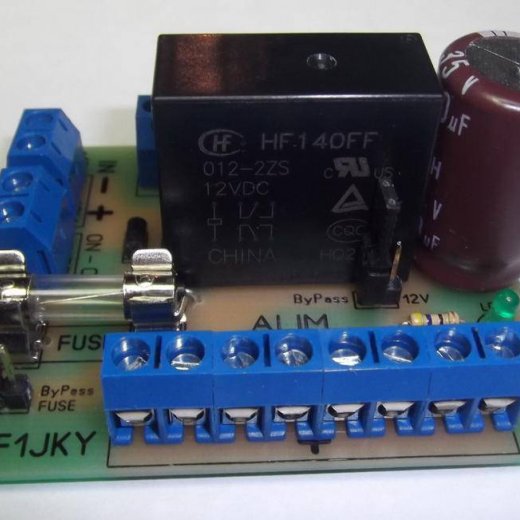 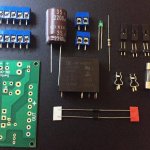 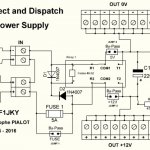 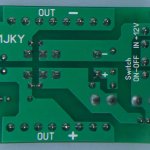 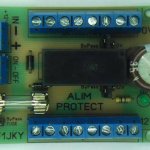 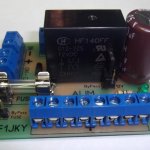 My friend in France, Christophe, F1JKY, was building his 10 GHZ transverter project and had many modules inside, receive converter, transmit converter, power amplifier, driver, etc. all needing 12V DC power.

Instead of paralleling all power cables together, he developed this small PCB with terminal blocks for the plus and minus posts, for easy connecting or removing individual stages and modules. In addition, he has placed a general on/off switch with a series power relay, a fuse and an LED. The relay contacts and the fuse can be by-passed with jumpers if they ever fail during that rare DX. Now, if his transverter fails when in portable operation or during an expedition to a mountain, he can quickly and easily replace modules without needing desoldering power cables inside the transverter. It also offers a degree of reverse polarity protection on the output, i.e., if you connect your load or your battery in reverse polarity, diode D2 will not let the relay to switch, the LED will not light and until you understand your mistake only the fuse can get blown.

As we thought this small PCB module can be useful to other fellow hams, I got involved and produced a number of DIY KITs to make them available to anyone interested. It is offered as a KIT of components or ready built and tested, but it is very easy to solder and test it in virtually any ham shack or kitchen table, since there are no any SMD parts, not even a double sided PCB and only a soldering iron is needed.

​The PCB dimensions are 6.5 x 5 cm (approx 2.5 x 2 inches) and is fabricated in a good factory with markings on top and bottom to aid assembly by hand without problems.

You can buy the KIT from his website too. If you are from France, It is cheaper than from my website because of the postage.

MODIFICATION: There is a mod for higher currents, for not letting the current to pass through the ON/OFF switch. The PCB terminals of the switch (its original place) are shorted with a piece of wire and the switch is placed in series with the D2 diode. See the last chapter of this document.